Permalink Submitted by forrestgroves on Jun 3 2016

I found it difficult to decide between B and D for this question since they seem essentially the same to me. I ultimately decided B because "at least 10 years of experience" was similarly vague to "a massive television advertising campaign" whereas having a PhD is more clear. What is the defining feature that makes D better than B?

Permalink Submitted by majorgeneraldave on Jun 6 2016

How did you conditionally symbolize (B)? If you didn't originally, try doing so—I think you'll see the difference that way. Let me know! 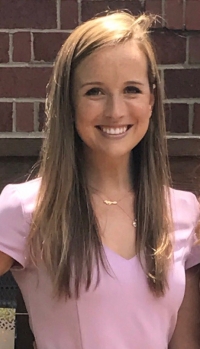 Permalink Submitted by laubsterrr on Apr 23 2018

Hi, Dave! I thought option (E), while not as "stupid" of an argument, was structurally similar. Could you clarify by showing how you would symbolize (D) and (E)? I'm still getting the hang of it. :)

Permalink Submitted by majorgeneraldave on Apr 30 2018

This is a good example of the limits of conditional symbolization as a tool!

You have already correctly assessed the difference between (D) and (E)—it's that (E) is not as stupid. This question has asked us to identify the answer that best demonstrates the stupidity of the argument, and since (D) is obviously stupid (and is also parallel), it does the best job of illustrating the absurdity. Precisely, as you've noted, because it is more stupid.

In other words, (E) is close to our argument, but is also showing us a more plausible claim (profitabilty is not usually a random occurrence; it's likely that Peninsula Press is good at choosing which novels to publish. Or, to say it another way, there is likely to be a causal relationship at work in (E) that does not appear likely in our argument), so (E) doesn't demonstrate the flaw in our argument as effectively as does (D).

Permalink Submitted by kaoriwat on Apr 20 2019

What's wrong with me?

The same reason as E?

Permalink Submitted by majorgeneraldave on May 1 2019

It looks like you overlooked the "since" and therefore you missed the conclusion.

(Well, I'm guessing as to how you missed the conclusion, but I can see from your work that you did so. A correct symbolization would reverse the last two elements.) Or you could put it like this:

1. almost every programmer in Coderight → 10 years of experience

∴ Donna has 10 years of experience