Permalink Submitted by Parjotb on Nov 17 2015

What about answer choice C, it presents new information that would make us believe another reason for the injuries.

Permalink Submitted by majorgeneraldave on Nov 17 2015 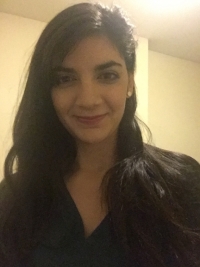 Just a quick question, other than the fact that D is correct on its own merits, is E wrong because it attacks the conclusion rather than an assumption? Because when I was preparing to answer this question one of my thoughts was that though the injuries might have been the same the severity was not therefore stretching does help (as opposed to what the conclusion claims).

Permalink Submitted by majorgeneraldave on Aug 28 2016

No; it's that in (E), this evidence about the severity of injuries doesn't have any effect on a claim about the number of injuries.

Permalink Submitted by jalb on Sep 8 2016

I don't really understand how D is correct?

Is it because it tells us that some of the joggers were prone to injury so they might have already been stretching? And having been stretching means that the sample is not representative because you may have had some people who had the habit of stretching and others who didn't? I'm confused!

I think answer D is saying that if people who stretched didn't stretch it would have increased injuries so by stretching those people were able to bring their injury to equal those people who don't usually get injuries.

Permalink Submitted by majorgeneraldave on Sep 12 2016

Hello D
I thought this question related to the sample question because the large group ,I thought, can't be representative whole joggers. That's shy I chose (A). Why (A) can't undermine the medical researcher's argument?

Permalink Submitted by majorgeneraldave on May 1 2018

I think the biggest problem with (A) is that it doesn't account for the group of non-stretchers. In other words, if (A) is true, then maybe our two groups were not perfect representations of the world of joggers, but that doesn't change the fact that the stretchers had just as many injuries as the non-stretchers. So it doesn't get to the core of the argument. (D), on the other hand, gives us an alternate explanation for the observed dichotomy.

For (A) to work, we'd need to add some reason that the non-stretchers had a lower-than-average injury rate. Give them a reason, and then it may look like their reason lowers injuries, and stretching does also. Without the reason, it's just puzzling without addressing the argument.