Permalink Submitted by Parjotb on Nov 15 2015

Could you please comment on why answer choice D is not correct. Thanks.

Permalink Submitted by majorgeneraldave on Nov 17 2015

Hm. It's hard for me to know how to help, because I'm not seeing a way in which (D) is similar to our argument.

Let's try this: what about (D) made you think it was more like our argument than (E)? That way, I can help address your reasoning. 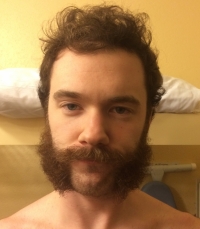 Permalink Submitted by jhabillz on Mar 31 2016

The amount of time comprised in a school year is greater than the amount of time that students are away from campus. Therefore it makes sense that cops give out more tickets during a longer period of time, but it doesn't necessarily mean those tickets are given out to students.

Children are in their own home without other children more often than they are in their home with other children. When there are extra kids in the house more snacks are given out at that given time. However, just because parents are giving out more snacks at a given time when more children are present, doesn't mean that the number of snacks given on those playdates is greater than the number of snacks given only to their own children when others aren't present. After all, children are at home without friends more often than with friends.

Does that make sense or am I crazy? I see your reasoning too, this just popped into my head faster for some reason. Maybe other people's parents let them have friends over more often than mine did.

Permalink Submitted by majorgeneraldave on Apr 1 2016

Yeah, that thinking totally makes sense to me.

Also, it's good to see you confronting your issues head-on through the medium of PrepTest 63. Brave.

Permalink Submitted by hmandour on Jun 24 2020

Would it be fair to write off A as an answer because it speaks to the *proportion* of children to adults, as opposed to the prompt where it focuses on the student population as a raw number?

Permalink Submitted by majorgeneraldave on Jun 28 2020

Yes! Good work. Keep it up!