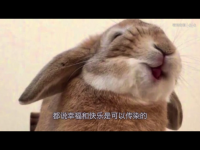 Permalink Submitted by Jawchball on Sep 9 2018

does line 20 "to the extent…do not merely reflect..." account as one of the explanatory hypotheses mentioned in answer choice E? Thanks.

Permalink Submitted by majorgeneraldave on Sep 16 2018

Well, the end of that sentence does provide two hypotheses. Is that what you're asking?

Permalink Submitted by _SoyEvelyn on Jul 9 2021

Hi Dave, hoping you can help me better my understanding of question 25. I do get that (E) is correct because it states the focus on a specific writer, but I originally passed it over because the word "rejects" felt antithetical to the attitude of the writer.

I'd felt lines 4-8 were speaking to the writer displaying an understanding of an argument, but advocating a differing point of view and NOT total rejection. Maybe I'm over thinking it.

Thanks for the detailed explanations!!

Permalink Submitted by majorgeneraldave on Jul 10 2021

I'd say the most fruitful approach is to consider the Ascription that begins the passage. If a writer tells you that "some people think Jewett is a domestic novelist," then you can be virtually certain that she's going to go on to say "but they are wrong." In other words, "I reject their categorization of Jewett as a domestic writer."

Which is what this authot does, both near the middle of the first paragraph (Jewett's work "differs markedly from these [domestic novels]"), and at the end of the passage ("thus, unlike the domestic novelists, Jewett intends...").

Permalink Submitted by _SoyEvelyn on Jul 13 2021