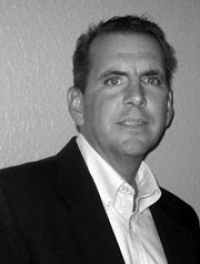 Permalink Submitted by scottwroth on Jan 7 2018

Permalink Submitted by majorgeneraldave on Jan 8 2018

You'll get faster at LSAT in the same way you'd get faster at any repetitive endeavor: (typing, or running, or knitting, or doing Kung Fu forms). Practice! Intelligent, pattern-dependent, focused practice makes you better at the test, Being good at it will make you fast.

This may help contextualize the job for you:

The advice below is from one of the best books I've ever read (really. You should absolutely check it out).

It's called Born To Run, and it's about the Tarahumara, an ancient tribe of Mexican Indian runners. All they do is drink (home-brewed) corn beer, wrestle naked, screw (an obvious outcome of the naked wrestling), and run. They can run for days. They're faster, as a group, than anyone in the world. It's unreal - hundreds of miles at a stretch.

The author of the book spent time with them, and when I came upon this lesson, offered by a man who'd spent years with the tribe, I was blown away by how exactly it mirrored my advice for gaining speed on the LSAT (the book is by Christopher McDougall, and I urge anyone reading this to pick it up. It's breathtaking, and suspenseful, and moving, and inspiring). Anyway, here's the passage:

“ ‘Lesson two,' Caballo called. 'Think Easy, Light, Smooth, and Fast. You start with easy, because if that's all you get, that's not so bad.

Then work on light. Make it effortless, like you don't give a shit how high the hill is or how far you've got to go.

When you've practiced that so long that you forget you're practicing, you work on making it smoooooth.

You won't have to worry about the last one—you get those three, and you'll be fast'."

Speed comes on this test from the same place it comes in every other thing we do in the world - by getting better at it.

Recognizing patterns is important (probably even essential - I know I couldn't've gotten all the questions right in the time allotted if I'd had to analyze each question individually). Instead, I learned to identify things by type. I sought patterns within the sections.

When I talk about pattern recognition, what I mean is this: something like 80-90% of the arguments within any Logical Reasoning section share something in common with other arguments in the section. To become a faster, fiercer test taker, you should spend a tremendous amount of time identifying those patterns, so that when you see an example of an argument type you've seen before, you can answer the question through recognition rather than analysis.

This work of identification and classification was the single most important thing I did in learning to succeed on this test.

The best approach to Games is almost exactly like the one you'd use in learning to play the piano. If you wanted to get good at playing the piano, you wouldn't try to do it by getting a whole lot of sheet music and playing each song through once, right? Same thing here.

If you wanted to play piano, you'd learn the finger positions, then you'd play a few songs over and over and over until you could play them fluidly. That sort of mechanical familiarity does two things that are the same things you want to accomplish in the Games section:

Games is a procedural enterprise - to be faster at the process, you'll want to get more comfortable at performing the series of small manageable steps that go into working any game. Learning the procedure is at the heart of efficiency, and efficiency means speed.

Follow the very specific, action-oriented structure and advice from your study plan religiously, put it together with the above, and you'll get there.