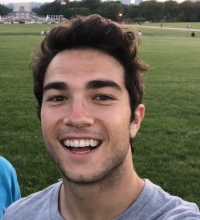 Permalink Submitted by Ian A Hvozdovich on Sep 18 2018

I am having difficulty with this assumption because the passage does say "the mandate will significantly increase the museum's operating expenses".

I admit that it does require a transitive inference to acknowledge that the employees would then be making minimum wage, but how is this an assumption?

Permalink Submitted by majorgeneraldave on Sep 18 2018

I agree with you that this question sucks.

Now, on the one hand, (A) is definitely an assumption, because it is a necessary fact that has not been offered into evidence.

But on the other hand, this question is one of the few times that we've had to address an assumption entailed by a subsidiary conclusion rather than by the main conclusion. That sucks because it's different. I hate it.

The claim that the mandate will increase expenses, although we can take it to be true, has nevertheless not been proved. Since it's a claim based on evidence (the first sentence of the passage) it is a conclusion. Since it is used as evidence to demonstrate another claim (the second sentence) it isn't the main conclusion.

Permalink Submitted by Ian A Hvozdovich on Sep 19 2018