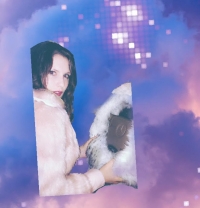 Permalink Submitted by elizabethpoland on Nov 11 2017

Permalink Submitted by majorgeneraldave on Nov 12 2017

Sounds like you're looking for the difference between a question that says:

1. “Which of the following is a complete and accurate list of all of the cars, any one of which could be parked in the third garage?”

and one that says:

2. “Which of the following could be a complete and accurate list of the cars parked in the third garage?”

Question 1 above asks for a global accounting of all of the cars that could ever park in the third garage.

Question 2 asks you for a single possible scenario - of all the possible combinations of cars, Question 2 just wants one such possibility.

You can quickly and accurately assess the different demands posed by these two questions by tracking the position of the word “could” within the sentence:

If the word “could” is near the end of the sentence (as in Question 1), then you’re looking for an answer giving a complete list of all possible entities.

If the word “could” is near the front of the sentence (as in Question 2), then you want a snapshot - an answer choice that gives you one possible permutation of elements to spaces.

If could is near the end, then you want a global account.

If could is near the beginning, then you want a single permutation.

Question 18 is the latter.