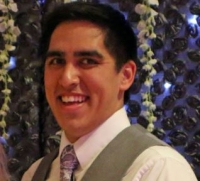 David, how do we know when to look to numerical words (all, most, sometimes)?

I wanted to choose D, but I eliminated D because is used "always" when the stimulus used "tend".

Permalink Submitted by majorgeneraldave on Aug 17 2019

You should always consider all load-bearing language, and it's true that (D) would be exactly parallel (instead of only most similar) to the passage if you switched the modifiers "frequently" and "always".

But remember that we've been asked about structure, and (D) is the only choice that—like the passage—commits what we've called Conditional Conflation. The only way I wouldn't choose it would be if there were an answer choice (F) that used precisely the same structure as (D) and also matched the modifiers in the passage precisely.

So while you will do well to begin by considering language cues, remember that they're just that—cues—and they're always subordinate to the argument's structure.