Permalink Submitted by SWildman on Aug 17 2015

For question 7 I wasn't even clear on what exactly the question was asking. Can I get a bit of clarification?

Permalink Submitted by majorgeneraldave on Aug 17 2015

It's asking who could have left exactly two messages: the first message and the last one.

Permalink Submitted by kaylaweststeyn on Nov 11 2021

Acknowledging this reply is years late, for those of you in the boat with SWildman and I on Q7: "The first and last messages on the answering machine could be the first and second messages left by which of the following?"

I immediately read this as: Which voicemailer could leave the 1st, 2nd, and 7th message?

But, as Dave said above, that's not what the question is asking.

It was hard for me to recognize 1. I did the question, came up with D, and then watched this video and realized I had misread the question.

2. is a bit easier for me. I thought I'd share some red flags that helped me correct my misreading:
- I had to re-read the question, because I found my first pass at understanding the question confusing.
- The lack of the word "also." If the question had asked "first and last... could ALSO be the first and second...," that would have aligned with my first interpretation much cleaner. That would mean someone leaves three messages, essentially, and if the test makers wanted us to answer that question, don't you think it would have sounded a bit more like: "Which voicemailer could leave three messages?" Notice, this question doesn't carry the same restriction of 1st, 2nd, and 7th like our misread interpretation does.
- Overlap of "first" in each pairing - "first and last... first and second..." In line with the thinking in the bullet above, this would have been an awkward way to say "first, second, and last."

How can you think about having a column for "out" when you diagram the game? Or how can you even think about that at the beginning? I'm asking this because having "out" column makes this game so much easier.

Permalink Submitted by majorgeneraldave on Mar 28 2016

Thank you for your kind response. I'll keep that mind when I do games. 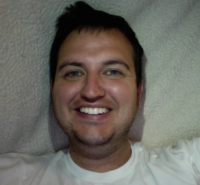 Permalink Submitted by zacheinz on Jul 12 2016

Permalink Submitted by kat_hanson on Aug 23 2018

That cleaned things up a bit right away, knowing that if Greta is in, everyone is.

Permalink Submitted by majorgeneraldave on Aug 25 2018

Hi Dave, are there games that are similar to this one? Thanks!

Permalink Submitted by majorgeneraldave on Nov 12 2018

Depends. I'm guessing that by "similar," you mean "games that (1) ask us to put things into order and (2) use almost exclusively conditional rules (and maybe also (3) that include an 'out' column for items that aren't included)".

If that is what you mean, then no! I can't think of any other games like that.

Hey Dave, I'm just wondering if it would be of any significant importance to prioritize the order of question 9? I noticed you did this one last with this game, but could it be helpful in other games to prioritize the "Each of the following must be true except" questions before other non-directive questions because the four wrong answers provide additional rules? Hopefully that makes sense.