LSAT Kung Fu Forum / This may have been asked but, does Dave not use deductions in games?

Home › Forums › Games › This may have been asked but, does Dave not use deductions in games?

This may have been asked but, does Dave not use deductions in games? 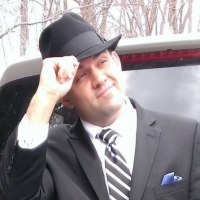 This may have been asked but, does Dave not use deductions in games?

What I mean is, in every system I've ever used we do the dashes, number them then start looking to find deductions that disqualify certain elements of the game from positions. Like the first game F_V you would put a slashed F on the last box and the second to last. A slashed V in the first box and second box. I didn't see that though. I've done enough games where I kind of get it when I see a block like F_V but at the same time, it came same me some deductions down the line. Just curious why I haven't seen deductions with Dave is all.

Hells to the no.

Part of my thinking is that in the situation you've described, I want your rule symbols to be so real, so visual, so concrete, that you simply couldn't see how to break them in that way.

In the same way you know without being told that your Triumph Bonneville T100 (preferably in matte, if you're hunting for Christmas gift ideas for your favorite LSAT teacher) won't fit in the hatchback of your Prius—without having to tape a reminder about it on the hatchback door!—I want you to see that F can't be last or next-to-last. It's part of a team (like you are, now!).

I think I talk more about this stuff in several of your course videos, but I know I do a fairly concise treatment of my thoughts on deductions at the end of this video (skip to the 10:30 mark if you only want to go straight to it).

If this program gets me into law school and I can afford it, then you will have that bike sir.

(The above is not a binding contract)

Even though you're a liberal Californian (Flen Peck and Tom Tancrido gave you away) and I'm a libertarian republican gun nut New Yorker. Wanna write a buddy sitcom? That would be epic.

Wait. Not binding, you say?

I CAN'T WAIT TO RIDE MY AWESOME NEW WHIP COURTESY OF TROMPOS!!!!

I'm in on the buddy sitcom, too; we'll totally do a Thelma + Louise ON MY NEW TRIUMPH BONNEVILLE T100 IN MATTE BLACK FINISH