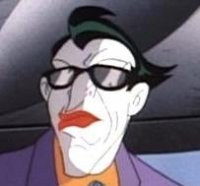 I'm having trouble characterizing the flaw/assumption for this argument.

The argument states that it is "almost universally accepted" that you have an obligation to prevent harm to your family members.

From there, it argues:

1) "few" people would deny that it's ok to hide a son/daughter from the police if they're falsely accused (sub-conclusion), and that
2) therefore, it's ok to "sometimes" obstruct the police.

Basically, I thought that the argument gave insufficient evidence for both its conclusions. To be more precise, simply stating that a certain obligation is "almost universally accepted" does not mean 1 or 2 are true.

B) seems to address this by saying that other values could override the obligation to protect family.

Is this correct? Or is there a better way to characterize this problem?

(Note: you'll need to be logged-in first to see the videos)

You can find my response here, or click "My Account" then "Answer Central"  for a list of all Answer Central videos sorted by page number (from the VTP Manuals) or by test number.

Let me know if you need more help!