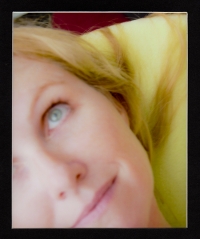 Given Harvard's February application deadline, is there any reason that registering for the December LSAT is not a good idea? Harvard is the only school I'm applying to and I want to give myself as much time as possible to study for that 180 LSAT score. I appreciate your advice.

December test results, from what I have read, are available around Christmas which leaves plenty of time to send in an application before Feb.  The only thing you would miss out on is early acceptance which generally has a Thanksgiving deadline.

The big consideration here is Harvard's rolling admission process. Like most other law schools, Harvard makes admission decisions as it receives applications (most schools usually begin this process in November), instead of waiting for all apps to arrive and then sorting through them all at once.

To put a number on it, I'd say the early application is worth about 1 to 1.8 LSAT points - that is, I think a 170 on a November submission is normally worth almost as much as a 172 on a January submission. At Harvard in particular, I'd say the difference is likely at the small end of that scale (because Harvard already knows how many 99th% testers will apply - all of them!).

So, in general, if you think you'll do two or more points better by waiting, it's probably worth waiting. If you're not so sure, it's probably best to obtain the known advantage and apply early.

I hope this helps you think things through!