Macauley Culkin is afraid of changes to the LSAT.

Short answer: Not much.

Longer answer: they’ll be good for you, a little bit!

There are four bits of recent news regarding upcoming 2017 and 2018 LSAT administrations:

First, the unlimited testing option is… pretty meaningless. I mean, it’s a gesture. Still, very few people want/need/can stomach the idea of taking the LSAT four times or more. So it just doesn’t affect many test-takers. Also, schools are still going to get complete score reports for their applicants—if you take the test 6 times, Law School of Your Dreams is going to see all those scores when they’re trying to make a decision about you. Better—just like it always has been!—that you prepare well and thoroughly (with us! Hint, wink, nudge) and then take the test once and be done with it. Of course, if you take the test and underperform your abilities, it—again, still, just like always!—is absolutely in your interest to re-test and show schools what you can do.

Second, we've been told over the weekend that the LSAT will be administered six times a year now instead of only four. Here’s the schedule: 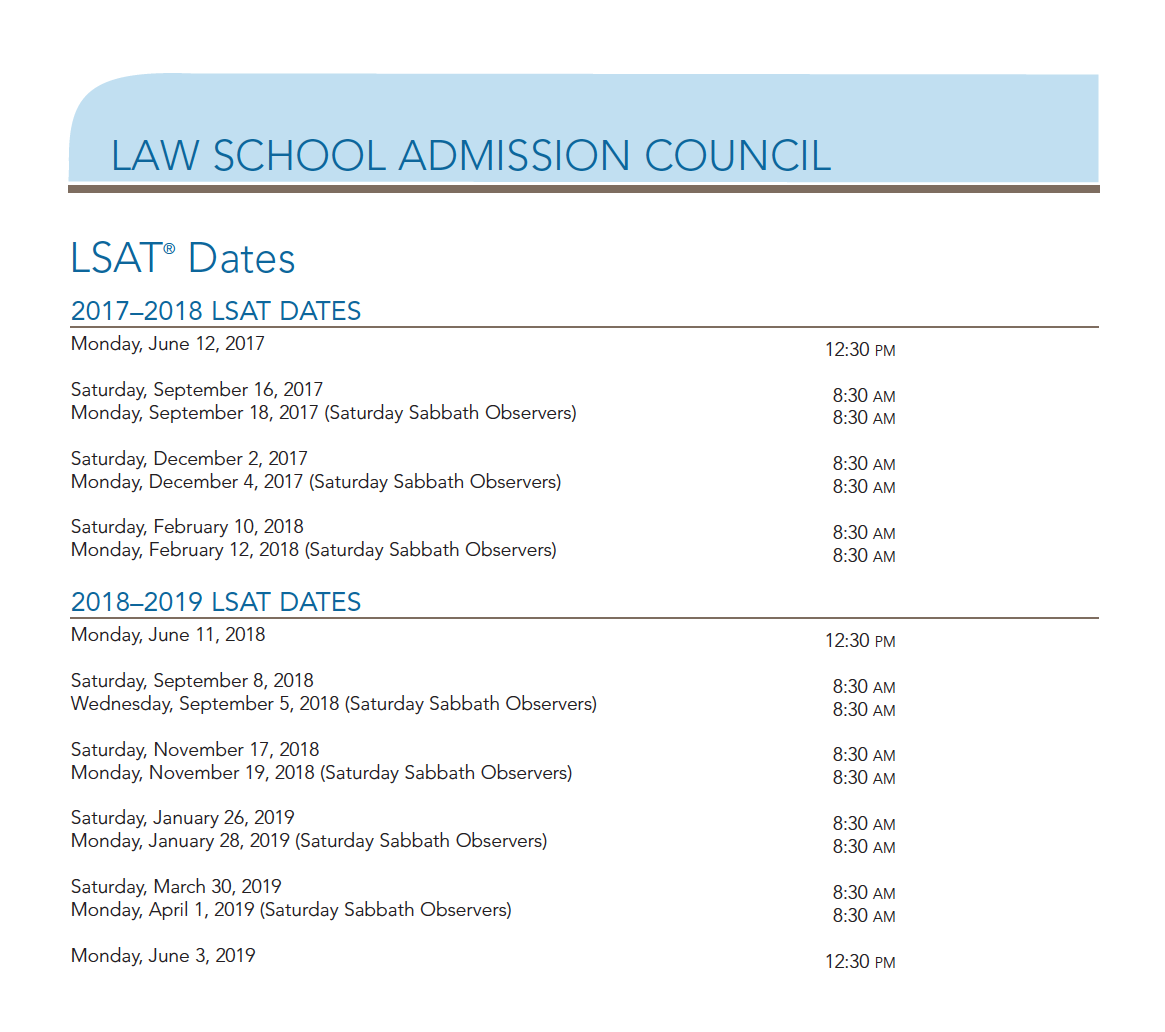 It looks from their schedule that this means they’ll do two tests every June (otherwise, it would appear they’re only doing one additional test each year, and their press release specifically said two extras). This is good news for you! Having extra test dates gives you (at least a little bit of) extra flexibility in planning your prep and your life. Go you!

Third, the schedule of the extra tests is good news. Having two Fall tests and two June instead of only one each should make it easier for you to get into the test center you want. Making the February test a week earlier makes it… slightly more useful for admissions deadlines. And the March test could work like a mid-semester version of the June test, so you’re not doing your LSAT prep during Finals Week at school. Good times!

Finally, that digital test. They’ve been talking about it since before I started doing LSAT stuff. That was a long, long time ago. But they may be serious about it now! They actually tested out a new system last month that has testers using tablets to record their responses. They appeared to like the results. When will the LSAT go digital? LSAC hasn’t said, but I’d look to June 2019 as a likely launch date (LSAC likes doing things in June; that’s why I’m pegging that month. Having announced a schedule for paper tests until that date is also suggestive. BUT NOT PROBATIVE). Whenever it happens, it’ll be the best change for you yet. It ought to mean getting a faster (immediate?) score. It may come with some cost—how will you annotate passage? Diagram games? Will those things be as simple as they are on paper?—but possible costs are likely outweighed by faster score release times and possibly even more administration dates.

All in all, it’s been a good round of news for future LSAT takers.

Thoughts, questions, concerns? Shoot them to me, or leave them in the comments below.

Be good to one another (we need that from each other),

P.S. On the hunt for a Velocity LSAT discount code? Use code: CH-CH-CHANGES (copy and paste to get the dashes) at checkout for 15% off any course! This coupon will expire June 30, 2017.

Should I Cancel My LSAT Score?